This is a game about agents involved in a Secret War against the Axis Powers before and during World War Two. The difference is that in this game the supernatural, occult, and the Cthulhu Mythos are real and the subject of intense study by the Nazi regime that took over Germany in the 1930's.

Projekt Dark Prometheus is inspired by settings such as Achtung! Cthulhu or World War Cthulhu (by Modiphius and Cubicle 7, respectively), and Cthulhu Dark (by Graham Walmsley).   You can get a flavour of the underlying system for free here: https://gallusgames.itch.io/alien-dark.

You may also be interested in the most recent implementation of the system: https://gallusgames.itch.io/against-the-dark-conspiracy

Projekt Dark Prometheus comes with a  17 page starter mission, 'Danger in the Desert', to get you playing immediately and a whole range of other mission starter ideas generated with a handful of dice, until you find one you like.

In our fictional setting, the efforts of the Third Reich are concentrated in a shadowy group, Projekt Prometheus. They operate within the Ahnenerbe, an arm of the SS formed by Reichsfuhrer Heinrich Himmler from scholars in a variety of disciplines including a number claiming to be occultists.

British, Dominion and Empire agents may believe they are working for a section of the pre-war Special Intelligence Service (SIS) or the wartime Special Operations Executive (SOE). They are, though, being directed by The Office of His Majesty’s Pursuivants, the 'Percies'. They have been protecting the realm from the supernatural and occult since the granting of an ‘especial charter’ by Elizabeth I in December 1572. Allied intelligence services, or resistance movements, can be coopted into this Secret War, but with even less understanding of the aims of the mysterious head of the Percies, Black Dragon Pursuivant.

When America joins the war, agents of the newly formed Office of Strategic Services (OSS) can be drawn into Black Dragon’s machinations. However, some innocents abroad may well become involved before the attack on Pearl Harbour. Equally, there may be more to the US Army’s pre-war ‘Black Chamber’ than just cryptanalysis …

This is a game where the fate of any character is bleak.   Even the mechanisms that help vent stress provide only transitory, and often costly, respite.  Often that cost will be to another player character … suggested safety tools are suggested by the rules.

In order to download this TTRPG you must purchase it at or above the minimum price of $10 USD. You will get access to the following files:

I've played many sessions of this game and it's so easy to play but gives a great depth to roleplaying.

Thanks for the thumbs up.

Quite enjoyed this game, easy to learn, keeps the pace going, ideal for game at short notice. 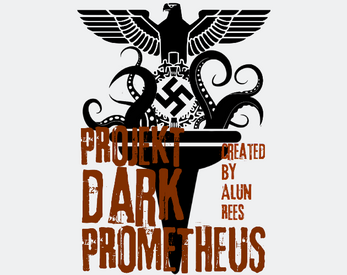